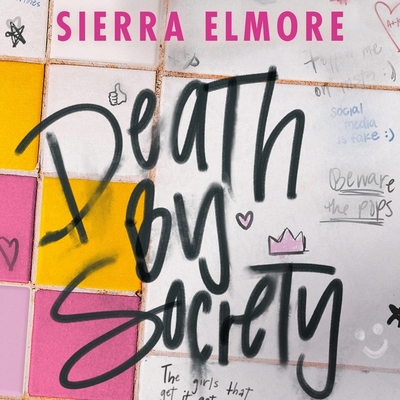 Mean Girls meets It's Kind of a Funny Story as two teenage girls' worlds collide when one attempts suicide to avoid toxic popularity.

Carter Harper may have created an award-winning app and have a 3.93 grade point average, but her successes are overshadowed by brutal bullying, depression, and loneliness. Tired of being treated as the popular girls' plaything, Carter thinks her only choice is to die by suicide.

Abby Wallace is one of the most popular girls in school, subordinate only to Kelsey, her best friend with benefits. The ambitious poet destroys reputations without care to prove how cool, cruel, and strong she is, all while pushing down her past trauma and secret guilt.

Carter and Abby's tumultuous relationship comes to a boiling point when Abby stops Carter from attempting suicide. But what happens when they have to protect one another from Kelsey's harmful antics?

If Carter and Abby can stand each other for more than three minutes, they can stop Kelsey from hurting more girls--and maybe become friends in the process.

In the tradition of Courtney Summers and Laurie Halse Anderson, Death by Society questions how far we will go to gain power over our lives--and what happens when we use our voices for both good and to harm others.